How to Influence People: Deploying Your Power

10 Power Sources and Influencing Techniques You Should Know 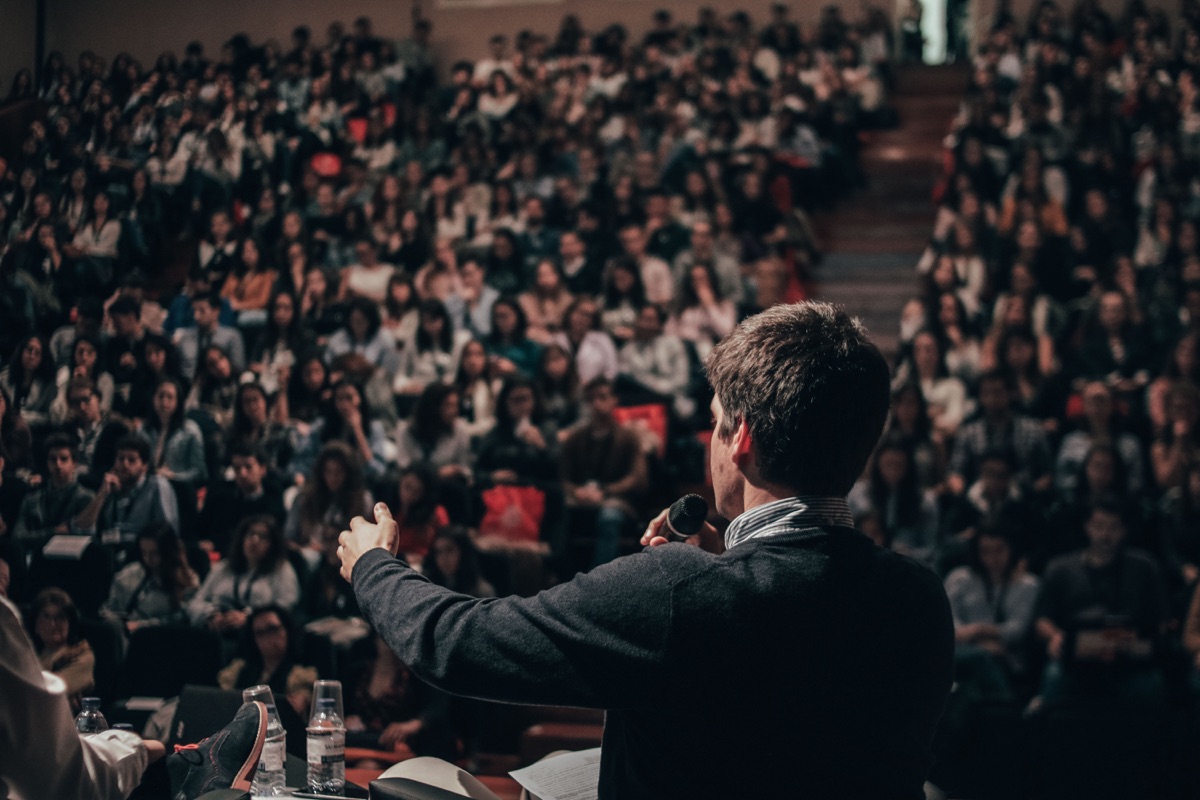 Photo by Miguel Henriques on Unsplash

A few months ago, I took a class at Facebook, taught to employees who need to influence others to be effective in their job.

The topic of influencing others is not often talked about. It feels a bit shady. Like you’re trying to manipulate people and get your own way. But people influence others all the time. If they didn’t, organizations would stop working.

Sometimes you need to influence others to move them forward in the right direction. When you need to convince your team to work on a new idea, or get them to agree on a plan, you need to lead with influence.

Knowledge is power derived from what you know and what you can do. If you have knowledge that others don’t, you’re more likely to be able to influence them.

If you’re a data scientist, and have all of the stats on how people are using your product and detailed market sizings for potential opportunities, then you can have a lot of influence over the direction of your team.

Expressiveness is power derived from your ability to communicate powerfully and effectively in all forms – whether it be verbally or in writing. Clarity, energy, conviction and eloquence all make your communication more powerful and effective.

If you can present a clear argument for your proposed direction, you can have a lot of influence.

History is power derived from familiarity and trust, based on the psychological principles of liking, similarity and reciprocity.

Attraction is the ability to cause others to like you. This is based on physical attractiveness as well as authenticity, commonality of values, attitudes or beliefs, personality, character, wisdom, shared experiences and many other factors.

Character is power derived from your integrity, courage, kindness, modesty and other appealing character traits.

Your role is power derived from your position in an organization.

If others see you as an authority in the organization, you can have more influence over them.

This is power derived from your ownership or control of important resources that other people need. The most basic resource that everyone in an organization controls is their time.

If others need resources that you control, like a budget to spend on new investments, then you can have a lot of influence.

This is power derived from your access to and control of information. There are 5 elements that make this up that form the mnemonic RADIO: Retrieval, Access, Dissemination, Interpretation and Organization.

If you have any of those capabilities over information that someone needs, you can have more influence over them.

This is power derived from the breadth and quality of your connections with other people.

Reputation is an estimation of the overall quality of a person by others in a community. 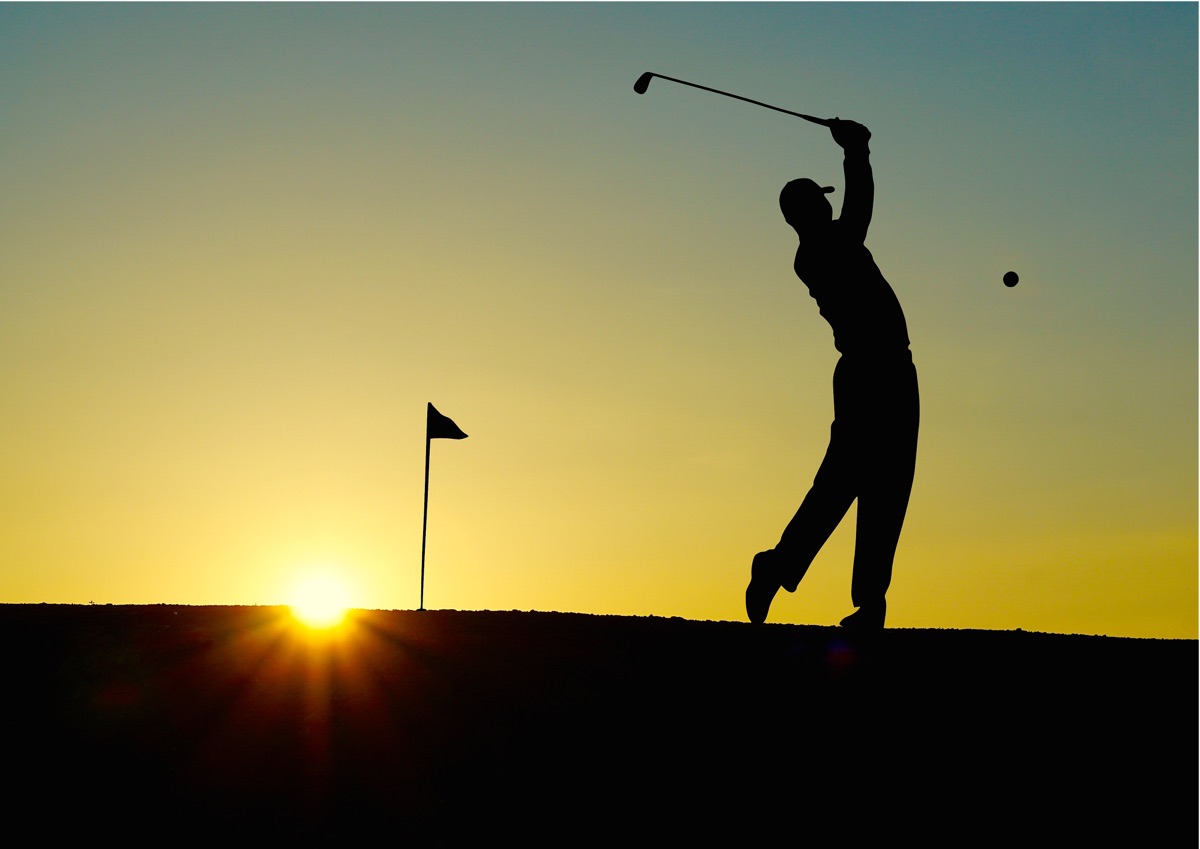 Your personal power transcends the different jobs, roles and organizations that you encounter. It’s power that you build up and carry with you over the course of your whole career and life.

Organizational power is often dependent on your position. You can be given a very senior role and immediately acquire resources, access to information, a large network and a good reputation within the organization. But this power won’t transfer across organizations.

Different environments will lend themselves more to different power sources. In unstructured environments, where there is a flat hierarchy, personal power becomes much more important.

If you were stranded on a desert island with a random group of people, the leader would become the person with the most personal power. They might have the most knowledge relevant to surviving and escaping the island, and be an eloquent speaker, capable of presenting a plan clearly.

Conversely, if you were living in a structured feudal system, where your position in society was determined at birth, your power to influence others would be mostly organizational. As a baron, your role in society as well as the land you controlled, the network of other nobles you knew and your reputation would all enable you to have great influence over the lords and peasants that ranked beneath you. 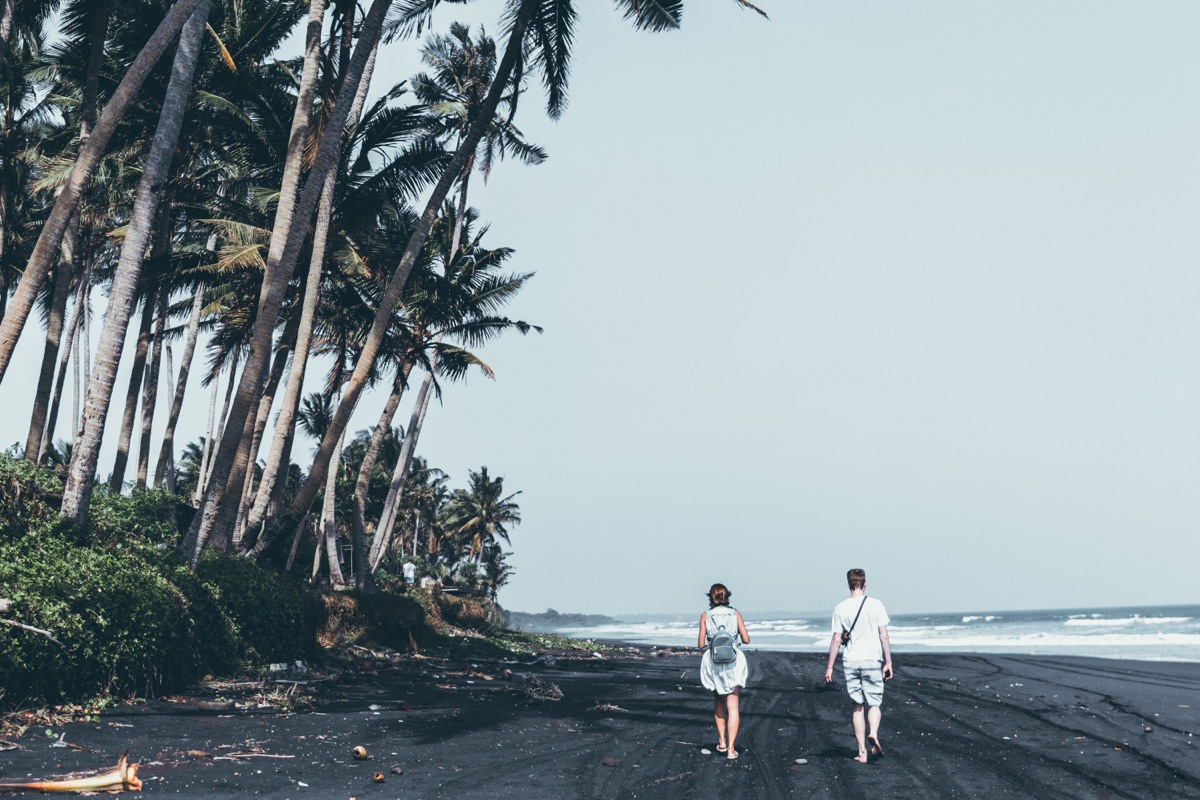 Which type of power is better?

Since personal power does not depend on structure and organization, it feels more organic and natural.

When opposing forces of personal power come into contact, it often results in a situation where the best idea wins. But sometimes, the worse idea might win, if delivered by a particularly charismatic speaker. This is one problem with relying only on personal power. But as the participants become more rational, this effect is minimized.

The main problem with relying only on personal power is that it’s inefficient. As organizations scale, they need to add more structure by assigning people responsibility, accountability and ownership of subdivisions. Rather than these people having to slowly influence their whole team to agree with their proposed direction, they can deploy organizational power to speed up the process.

On the other hand, the problem with organizational power is that it often creates situations where the best idea put forward does not win, because a competing idea was put forward by someone with more authority. This contributes to the feeling of an overly-structured environment which stifles creativity and entrepreneurship.

Organizations that want everyone to be creative and entrepreneurial aim to minimize the importance of organizational power. Facebook does a great job of this by using a bottom-up approach to decision making. As a result, many great ideas for new products come from individual contributors. Seniority levels of employees are hidden too, which reduces the organizational power you might derive from your level. This means junior employees have the opportunity to influence their team to the same extent as senior ones.

Personal power without organizational power can limit the scale of your impact, as it just gets too inefficient, especially when influencing large groups of people. 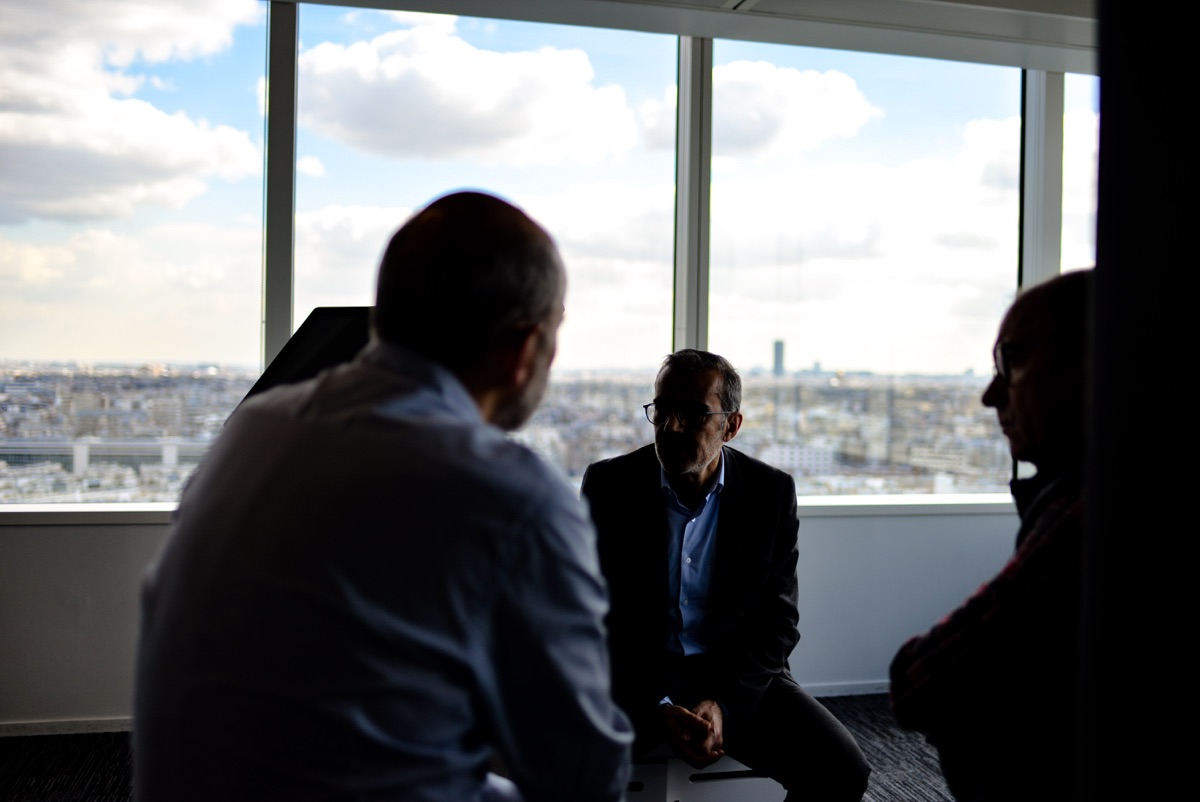 Photo by Romain V on Unsplash

Varys – from Game of Thrones – says something profound about power:

“Power resides where men believe it resides, no more and no less.”

It’s all well and good having power, but you have to know how to use it effectively.

There are 10 common influencing techniques – methods of deploying power – which fall into 3 categories. Which technique you should use depends on the person you’re trying to influence and the situation.

This is where you use logic to explain what you believe or what you want. It’s the most common and effective influencing technique in nearly every culture, but it doesn’t work with everyone, and sometimes just won’t work.

This is when you appeal to authority – not just positional authority, but also expert opinions. This is usually the least effective influencing technique, but will work with some people most of the time, and most people some of the time. It can result in quick compliance.

This is when you negotiate or trade for cooperation. It’s most effective when implicit rather than explicit. It’s used less often than any other influence technique, but it’s sometimes the only way to gain agreement or cooperation. It’s good to break a deadlock.

This is just asserting what you believe or want. It’s most effective when you are self confident and state ideas with a compelling tone of voice.

This is where you get to know the other person, are open and friendly, and find common ground. It includes complimenting people and making them feel good about themselves.

This is where you gain agreement or cooperation with people you already know well. It’s based on the length and strength of your existing relationships.

This is where you engage or stimulate people by asking questions. You involve them in the problem or solution. This is great for breaking a deadlock. By involving the person you are trying to influence in your problem exploration, you can get them invested in solving it.

This is where you find supporters or build alliances to help influence someone. You use peer or group pressure to gain cooperation or agreement. When you are trying to influence a group of people, this can happen organically, as you gain the support of each person in turn.

This is where you make an emotional appeal. It’s one of the main ways to influence a large group of people at once, and the best technique for building commitment.

This is where you behave in ways that you want others to behave by being a role model. You teach, coach, counsel and mentor. Often you are influencing people this way without realizing. 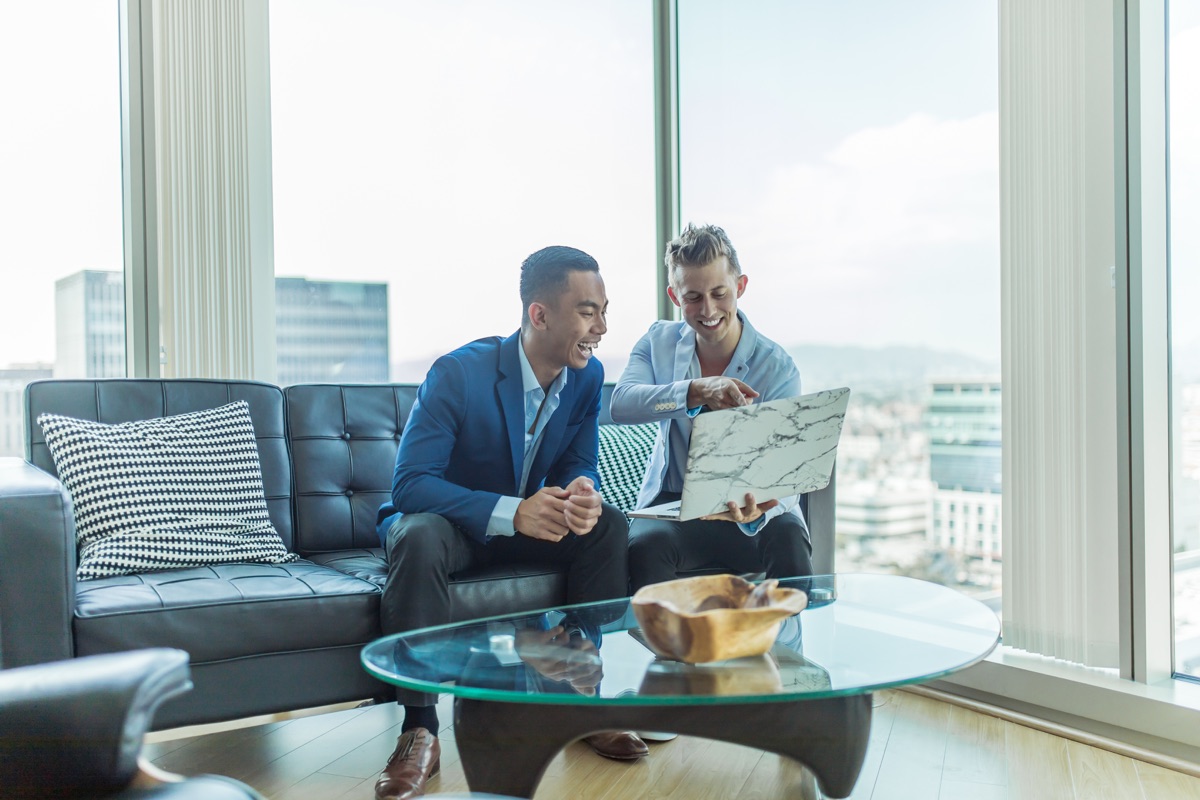 Photo by Austin Distel on Unsplash

Using negative influencing techniques can result in quick compliance in the short term, but kill your ability to influence in the long term. They make people feel bad about working with you and take away from their happiness.

There are 4 main negative influencing techniques to be aware of and avoid:

This is where you force others to act, sometimes against their best interest, by avoiding responsibility or conflict or behaving passive-aggressively. This is the most common negative technique. It can even look like you’re trying to preserve the harmony.

This is influencing through lies and deceit. It’s disguising your real intentions or intentionally withholding information others need to make decisions.

This is where you impose yourself on someone, forcing them to comply by being loud, overbearing, abrasive, arrogant, aloof or insensitive.

This is where you harm others or vow to harm them if they do not comply.

How to Get Better at Influencing People

Your personal and organizational power sources are what enable you to influence others. But the influencing techniques you deploy are how you actually influence them. Both are important.

A good exercise is to list each of the 10 power sources and rate them on a scale from 1 to 5 based on how much others – the people you are trying to influence – perceive you to have this power.

For the power sources with a low rating, you can brainstorm ways to build them up.

Then, list each of the 10 influencing techniques and rate them on a scale from 1 to 5 based on how likely you are to use the technique.

For the influencing techniques you are least likely to use, you can brainstorm ways to use them more.

The more varied your power sources and the more comfortable you are using different influencing techniques, the more effectively you will be able to influence others.