How You Can Help Humanity

It’s not as hard as you think

In 1800, the average person in the UK would have to work 6 hours to afford 1 hour of artificial light. Today, they would only need to work half a second. That’s a 43,200x reduction in the amount of time it takes for them to acquire artificial light.

This little fact stuck with me when I read The Rational Optimist by Matt Ridley. The concepts in his book are covered by any good microeconomics course. In fact, I studied them in my economics A level. But I didn’t fully appreciate them until now.

His core message is that human progress began when we started to exchange things with each other. 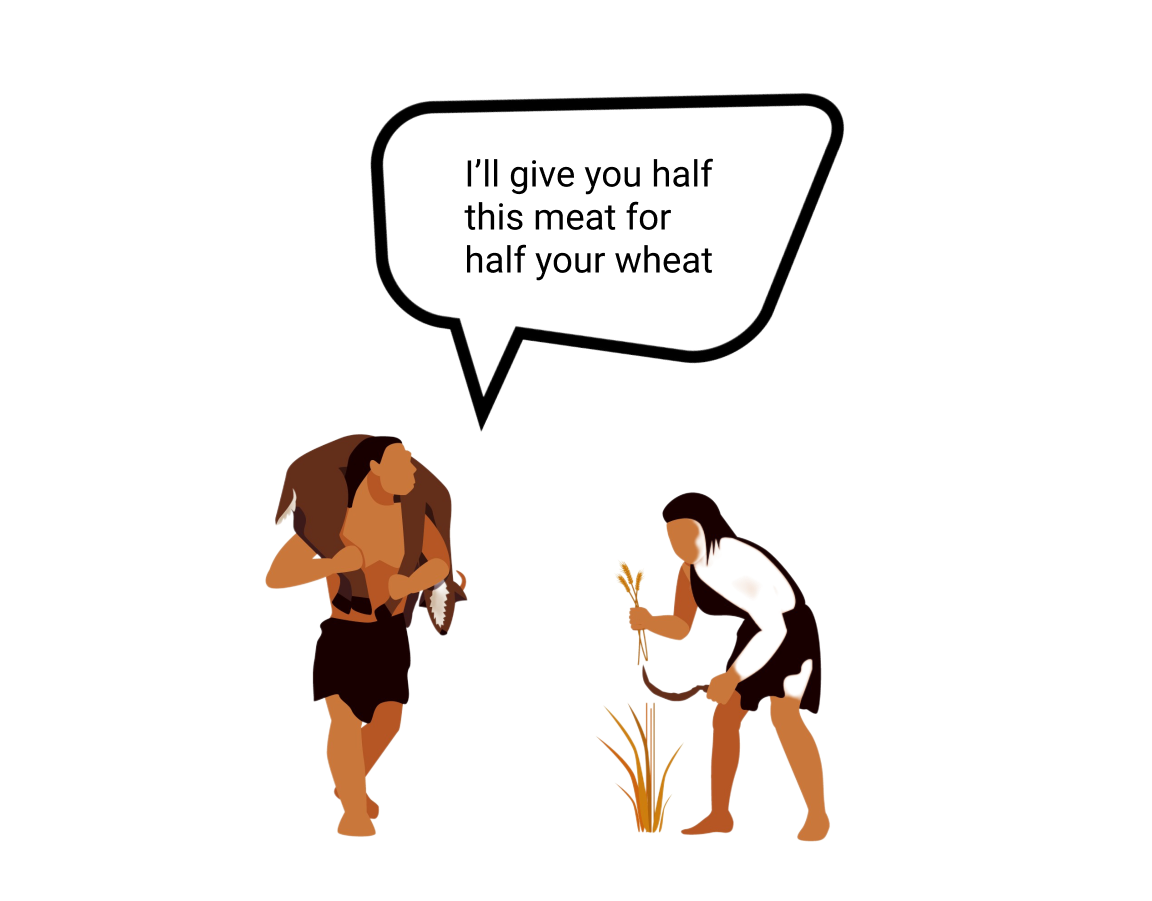 This led people to specialise in producing one kind of thing.

Some people started spending all their time growing wheat which led them to invent new, more efficient ways of doing it. So then they could produce more wheat in less time. And now they had more wheat to exchange for other goods.

More exchange led to more specialisation and the cycle repeated. 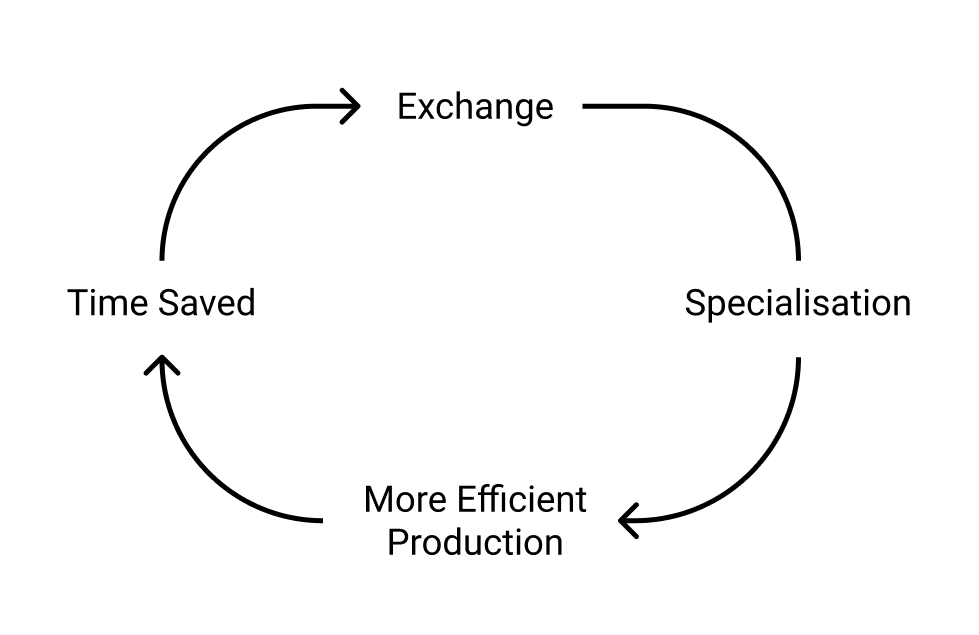 In the startup world people love to talk about network effects. It’s interesting that the very concept of exchanging goods and services was the original network effects idea. And it’s responsible for all of the economic growth we’ve had as a species.

The concept of exchanging goods isn’t shared by other species. It’s the unique thing which kickstarted human progress. Our biology has mostly been the same for the last million years. And for most of that time we were just another species in the animal kingdom. But 10,000 years ago we discovered this amazing, non-obvious idea to exchange things with each other. And it’s been hockey stick growth since then!

Reciprocity, on the other hand, is used by other species and we’ve used it for much of our history.

Exchange is much more powerful because it scales. Since exchange usually happens instantly, it can happen between strangers. And so large, complex networks of exchange can emerge where huge numbers of strangers are all unintentionally helping each other!

These exchange networks, or “markets”, can be more intelligent than humans!

This is why marketplace businesses like Amazon, DoorDash and Uber are some of the largest in the world. Just by allowing a market to exist, you can generate efficient behaviour and outcomes that would be too complex for any one person to even comprehend!

Imagine if the entire global economy — all of the trade networks and every transaction — had to be controlled by a centralised authority. It would be virtually impossible! So there’s a benefit to decentralization. Decentralized networks can generate amazingly efficient outcomes for everyone that would be impossible for a single group to mastermind themselves. This is leading the world to become more bottom up. Decentralization is happening in currencies, politics and even the workforce with people leaving companies to become individual creators.

Network effects doesn’t just apply to the exchange of goods. It applies to the exchange of ideas. And progress in ideas accelerates when they meet in networks. That’s why hubs like Silicon Valley, London and New York have been so successful.

The amount of knowledge a network can hold is proportional to its size. Throughout human history, when tribes have been cut off from others, they have regressed. If you’re an isolated tribe of 10 people, it doesn’t make sense to have a full-time fish hook expert. But if you’re connected to thousands of others through exchange networks, it does.

Every innovation in production saves time. This saved time gets passed on to others in the form of cheaper prices. So everyone ends up with more time to spend.

In hunter-gatherer times, you’d spend all your time just surviving. You couldn’t just take a couple weeks off work or you’d die of starvation.

In 1800, the average person in the UK would spend most of their time working to afford the bare necessities: shelter, food, fuel and clothes. There wasn’t much left over to spend elsewhere.

Today, the bare necessities represent a much smaller percentage of the average person’s income. So they have much more time to spend elsewhere.

This percentage is continuing to decline. And the cool thing is, it can go right down to 0. Nuclear fusion will make energy virtually limitless and autonomous robots will produce our houses, food and clothes. In this future, people won’t spend any of their time working for the bare necessities. All of it will be spent elsewhere — on entertainment, socialising, creative pursuits, etc.

Exchange not only gives people more time to spend, it gives them more choice in what they can spend it on.

This increased time, and choice in how time is spent, makes people happier.

Just consider that the average person in the UK today can choose from hundreds of cuisines, have food prepared for them by specialist chefs and have it delivered to them in under an hour, at the tap of a button.

They can choose from thousands of entertainment options and start a private viewing produced by the best directors and actors in the world, whenever they want.

They can browse millions of physical goods from the palm of their hand and have whatever they need delivered to them the next day, at the tap of a button.

They have the world’s knowledge at their fingertips and can have any question answered instantly.

They have a personal driver who they can summon, at the tap of a button.

They can travel the world and be accommodated by welcoming hosts, whenever they want.

Today, you can live a life of wealth and comfort that the richest monarchs couldn’t have even imagined just a few hundred years ago.

From this perspective, entrepreneurship, innovation and capitalism is a noble pursuit. The immediate impact of inventing a new productivity tool may seem trivial and unimportant.

But when you consider that this gives people more time, choice in how they spend it, and happiness, the impact can be huge.